I'm sure most of you have watched Full house with awesome casts Bi Rain, Song Hye-kyo,  Han Eun-jeong and Kim Sung-soo. Loved this drama and I could re-watch it time and again without getting bored. But just incase some of you haven't, here's a synopsis of Full House. 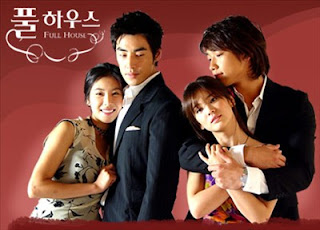 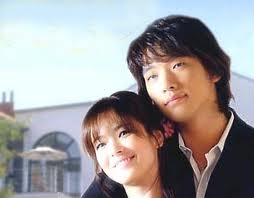 Han Ji-eun, an aspiring script writer, lives in a house called "Full House" built by her late father. One day, her two best friends trick her into believing she has won a free vacation. While she is away, they sell her house. On the plane, she meets a famous actor named Lee Young-jae. Through comedic events, they get acquainted during her vacation and when she returns, she discovers her house has been sold to him.

Though they don't get along with each other as she is messy and he has a bad temper and likes cleanliness, they agreed to live with each other. At first, Ji-eun works as his maid in order to buy her house back, but because of Young-jae's wish to make the love of his life and Kang Hye-won jealous, they get married. They set up a contract for the marriage to last six months. During that time, complications arise and Ji-Eun and Young-Jae become attracted to each other.


As most of you would've known, Full House 2 is out and i'm sure many of you, like me have been waiting to catch it. Now that it's finally out, we're all keeping our hopes high that it would be just as awesome as the first. 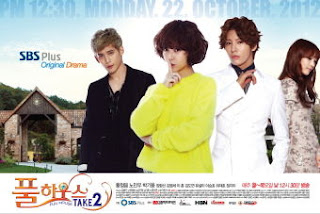 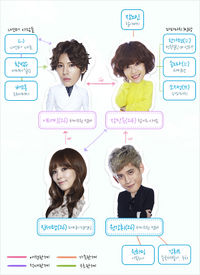 Here's the synopsis of Full House 2.

This series pivots around a hapkido teacher Jang Man-ok (Hwang Jung Eum) becoming a stylist of top idol group TAKE ONE, composed of the perfectionist Lee Tae Ik (No Min Woo) and a free yet kind guy named Won Kang Hwi (Park Ki Woong) and getting into a romantic relationship with them.


I found out just a couple of days ago that Full House 2 is out. As most kdrama websites have been down or removed, it takes time finding new ones especially with those that needs english subtitles to know what the casts are talking. And so, I've started watching Full House 2, but I was a little disappointed. I still preferred Full House.

I continued watching Full House 2 cause No Min Woo is just freaking HOT. (i'm always attracted to pretty boys). Anyway, Full House 2 hasn't ended and is still airing. As of where I've been watching up-to-date, I think the story plot's getting slightly better compared to when it first started. It was a little boring at first. Hopefully, it'll get better along the way. But honestly, I didn't laugh as much as I did in Full House. Full House 2 seems to be a little blend, though I feel the script could've been a little more interesting. May be more humour should be added? Besides that, all i've thought about is how cute No Min Woo is and how perfect his body is. *thumbs up* haha!

So, this sums up my thoughts for the drama so far. I'm onto Episode 11 at the moment and well, it isn't that bad to catch some pretty boys in action right? The drama isn't really such a failure. It just depends on individual's preferences. As for me, though i prefer Full House i think it's pretty alright. We just got to see how it goes as it reaches the end.

Hope it helps! Enjoy and have an awesome TGIF! (: