Told D that the buddy Zerika has won tickets to catch Jay Park at his meet and greet session held at The Butter Factory and I'M GOING!!!! And all he replied was.. "Who is that?"

This REALLY shouldn't be happening BUT just in case you guys have no idea who Jay Park is.. just like D -.- Here's a short bio about him! (: 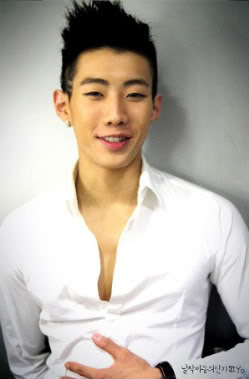 An American singer, dancer,rapper, b-boy, music producer, songwriter, model, choreographer and actor of South Korean descent, and a member of theSeattle-based b-boy crew, Art of Movement (AOM). As Park grew up as a b-boy and dancer, he has become well known for these skills, his charismatic performances, and great stage presence. Park was described as a "born entertainer" by legendary Korean pop singer, Patti Kim, and the The New York Times quoted the president of digital music distributor, DFSB Kollective, describing Park as "not just an artist, but also his own PR agent, fan club president and TV network."

Park initially rose to fame as the leader of South Korean boy band, 2PM, formed by record label JYP Entertainment in 2008, having previously been a trainee for four years. In September 2009, Park returned home to Seattle after comments he wrote about Korea in 2005 as a teenager were leaked by a netizen who hacked his Myspace account, and were taken out of context and misinterpreted by the Korean media; Park officially left the group in early 2010. In March 2010, Park uploaded a cover video of B.o.B's hit "Nothin' on You", with his own rap and lyrics, to YouTube, which went viral and reached over 2,000,000 views in less than 24 hours, leading to the release of Park's first EP, Count on Me (Korean: 믿어줄래; Revised Romanization: Mideojullae) in July 2010, which debuted at number one on the Gaon chart. Park returned to South Korea in June 2010 for the filming of Hype Nation, while being represented by Digital Media Wire's CEO and entertainment attorney Ned Sherman, and in July 2010, Park signed a contract with SidusHQ, one of the largest agencies in South Korea, re-debuting as a solo singer and an actor.

Park's first mini album, Take a Deeper Look, released in 2011, went multi-platinum in South Korea. Park became the first ever artist crowned winner on a debut stage by winning on KBS' Music Bank with "Abandoned", and was the only solo artist to win "Record of the Year" at the 2011 Golden Disk Awards, dubbed the Korean Grammys. Later in 2011, Park released singles "Demon", "Girlfriend", and "Star", co-starred in the Korean movie, Mr. Idol, and joined the cast of KBS'Immortal Song 2. At the end of 2011, Park released an EP, New Breed Part 1; the precursor to Park's first full-length album.

In February 2012, Park released his first full-length album, New Breed, quickly topping charts in South Korea and internationally, and went multi-platinum in less than a week. Park also released an English mixtape, Fresh Air: Breathe It, which became the first mixtape by an Asian artist to surpass 100,000 downloads and have gold status on DatPiff. Following the release of New Breed in 2012, Park successfully held his first solo concert in Seoul, as well as embarking on tours around Asia and Australia. Park headlined the Verizon APAHM Tour in the USA, and was the closing act at MTV World Stage Live in Malaysia 2012. Park returned to KBS' Immortal Song 2 in 2012, became a fixed panel member on MBC's Come to Play, and hosted tvN's Saturday Night Live Korea.

You can find more on google! heh (:

Jay lovers, Jwalkerz and Kpop lovers would have known that Jay Park has his first official full-length solo album "New Breed" launched! Love the beat and rhythm of the songs, and of course you can't miss out the lovely voice behind the mike! 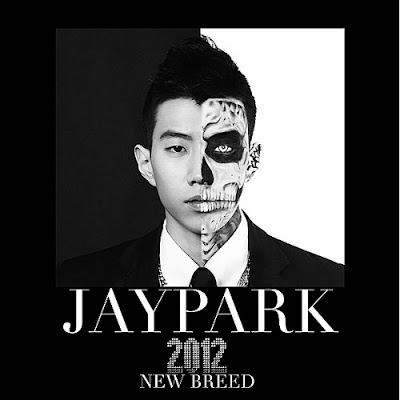 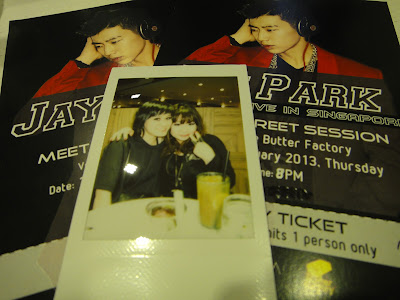 Meet up with the buddy, Zerika before heading down together and we reached pretty late for the meet and greet session but thankfully, we made it in time and were the last few who managed to get an autographed poster as well as in individual photo taking moment with Jay Park! So blessed, so bliss. 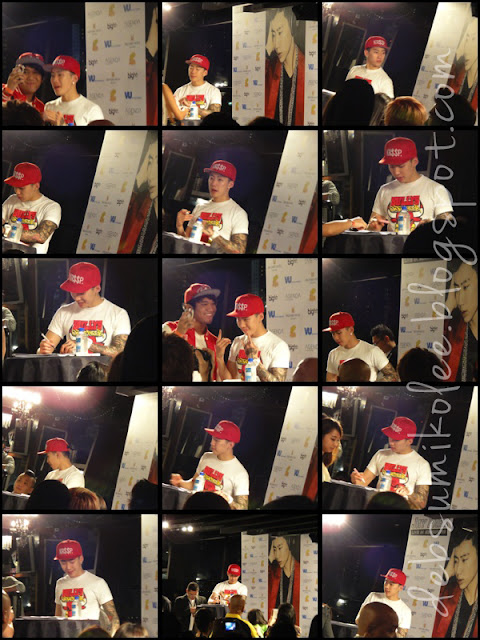 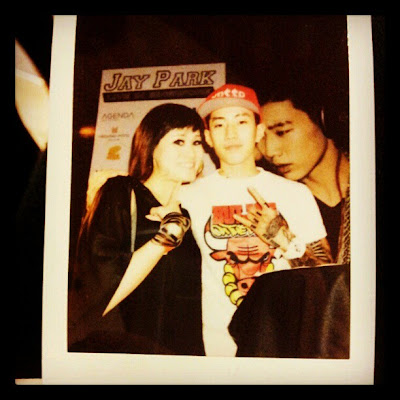 The camera never fail to capture my retard expression moments.
I do wish, there was another chance for a retake.
ohh wells, better then nothing! HAHA
It's one valuable photo indeed (: 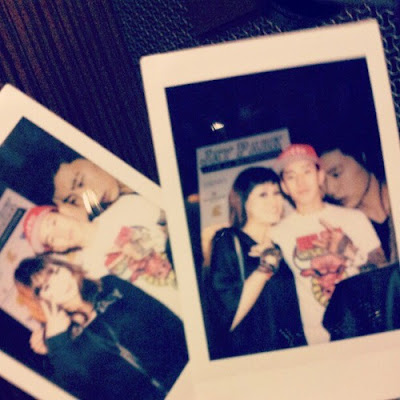 Followed up was a short interview after the autograph and photo taking session. A couple of questions were thrown on the floor for Jaybum to answer (mostly they questions from fans, taken from twitter or something like that.. i wasn't quite listening *ooOOppps*). 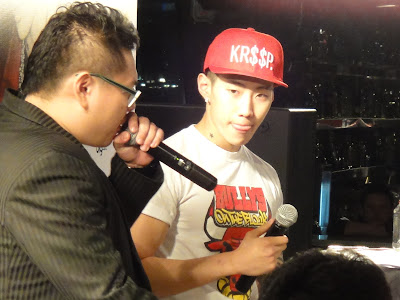 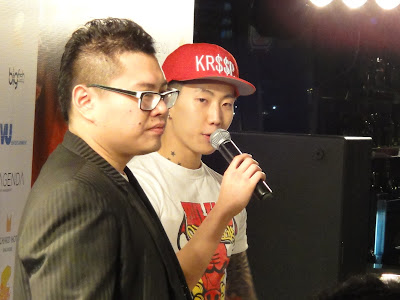 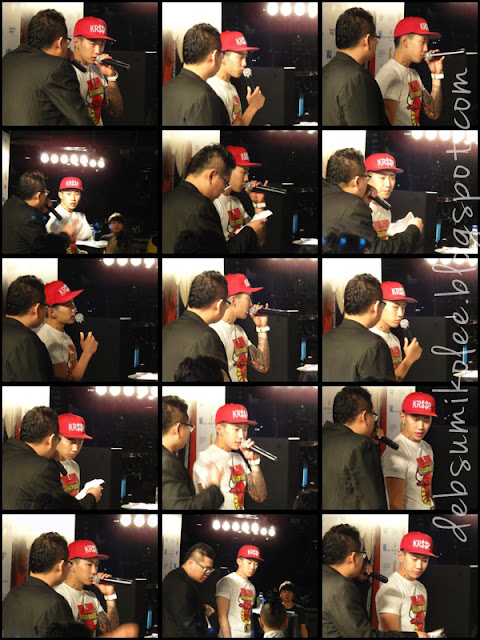 And for those of you who weren't able to make it this time round, fred not cause Jay said he frequents to Singapore pretty much often. You'll get your chance again! 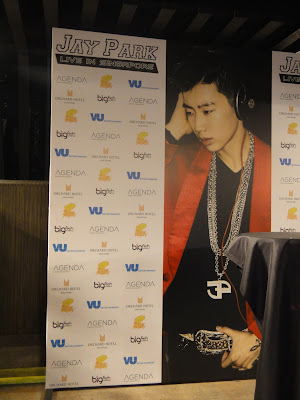 It's Jay Park's Concert tonight at The Star!! I'm feeling ohh so happy, cause it's held at "The Star"!! It's gonna be AWESOME!! But sadly, I won't be able to make it. boohooooo~

ARE YOU GUYS READY FOR JAY PARK TONIGHT??

Alright, i'll be screaming and cheering away spiritually since i'm unable to make it this time round. I'll try for the next! booya! >.-