Thanks to HP for tagging me along, i got to catch B.A.P Live on Earth Concert right here in Singapore!! The concert was held at Bona Vista, The Star Performing Arts Centre. 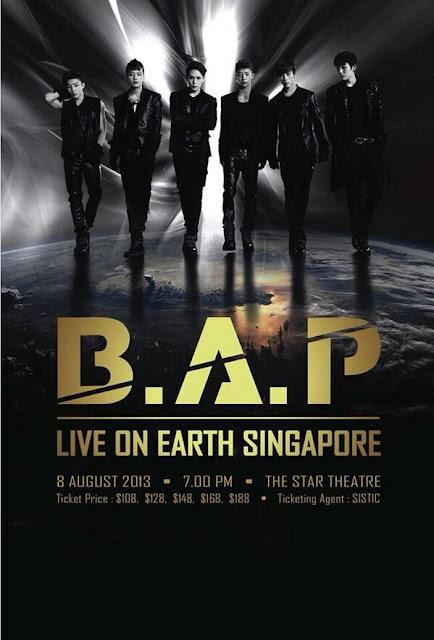 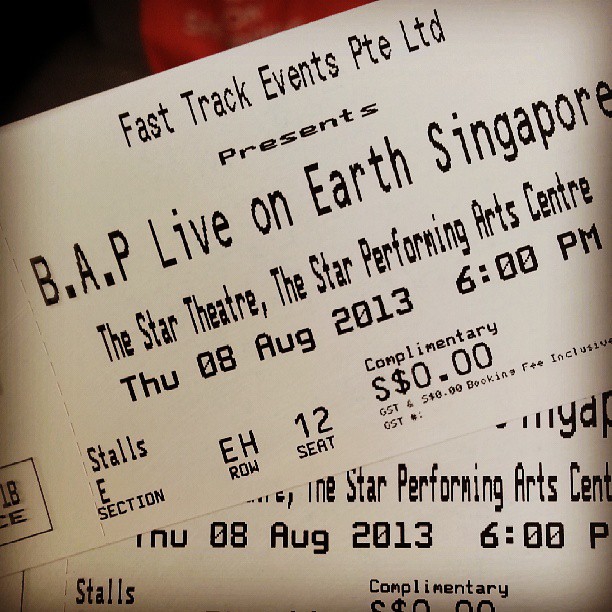 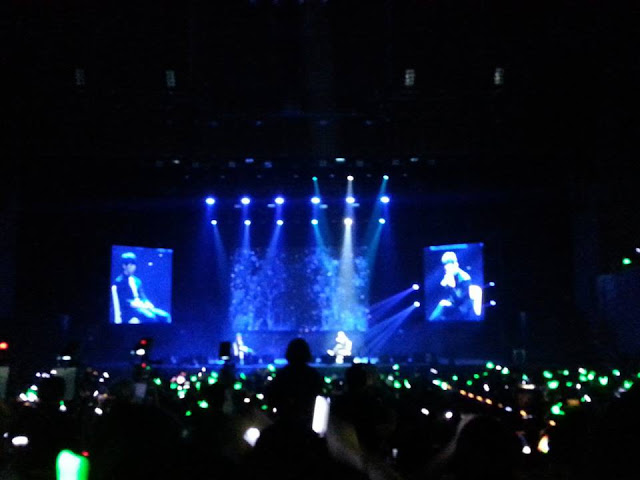 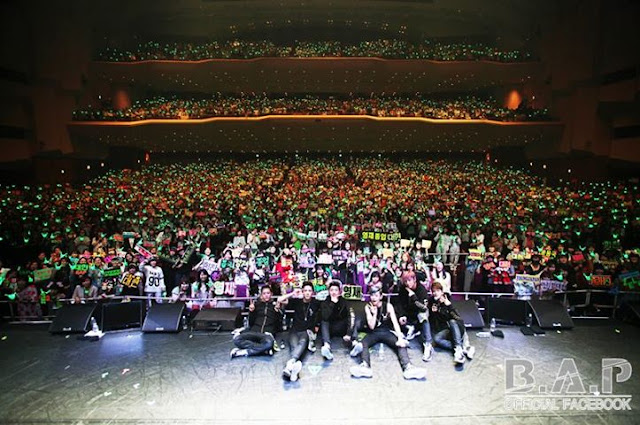 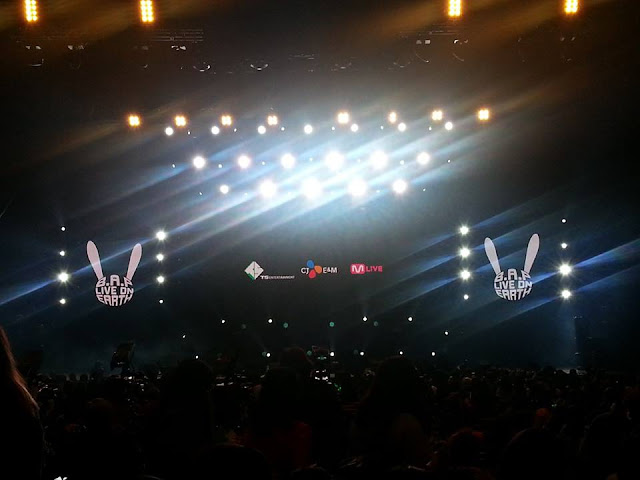 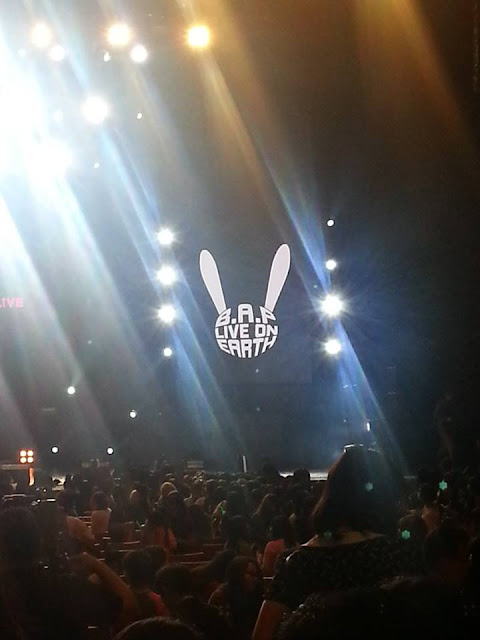 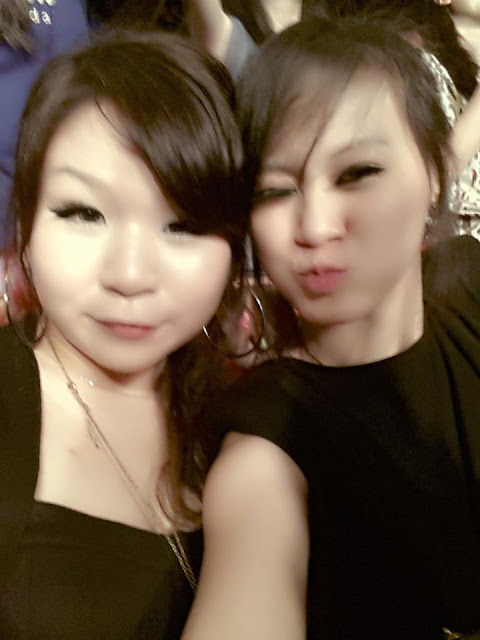 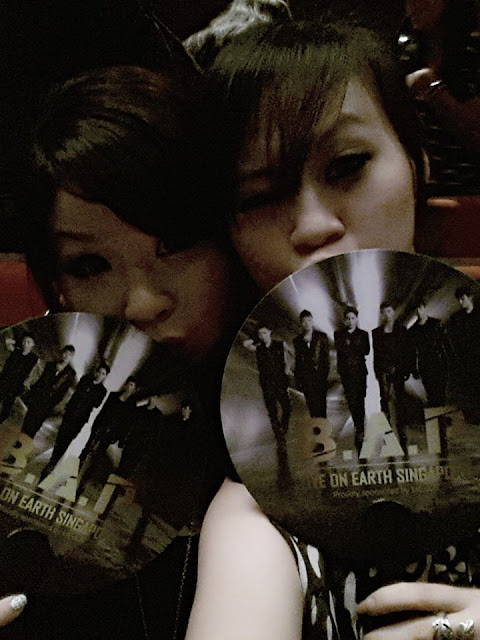 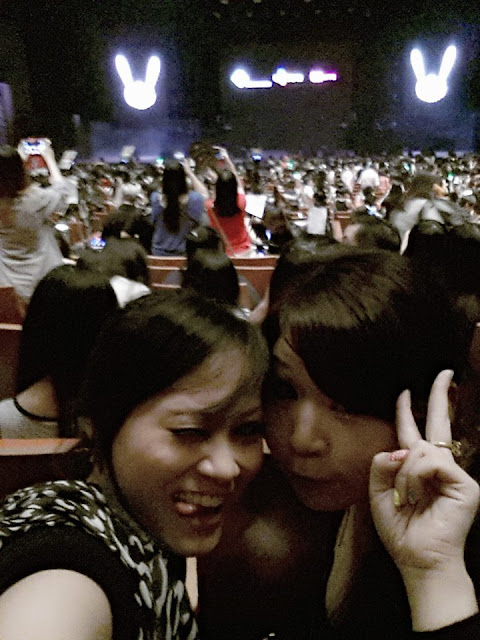 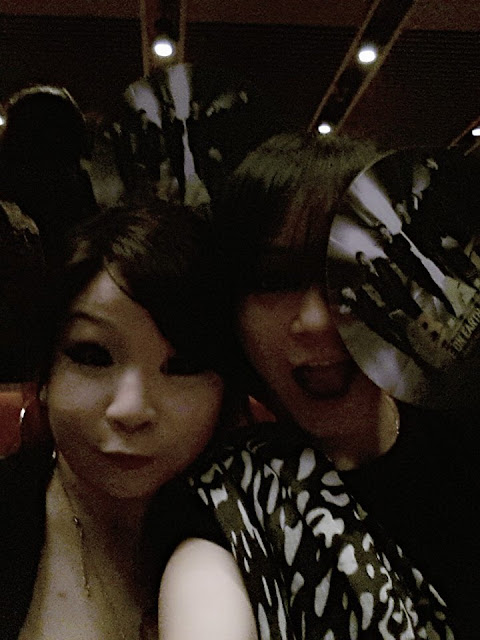 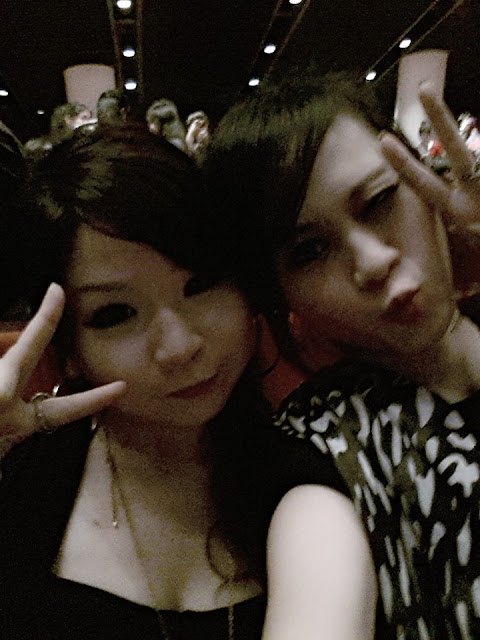 It was pretty depressing that security was so tight, thus I wasn't able to snap much photos! What a waste!! ):

But overall, i enjoyed the concert minus the ear piercing whistles and constant screaming from the fans sitting behind us. It feels kinda nice to see fangirls going crazy when their favourite idols appear on stage! Reminds me of myself during my childhood days fangirling away.

ALRIGHT.
Just incase you guys have no idea who B.A.P is.. 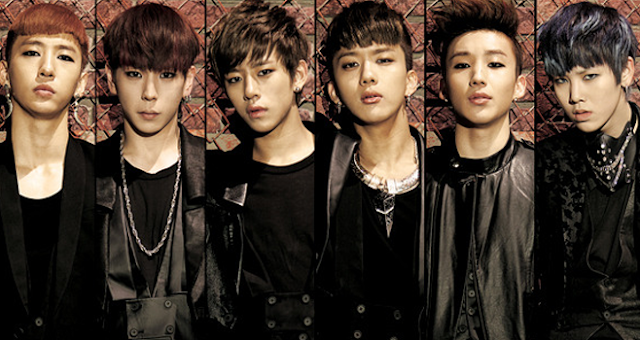 B.A.P musical style is heavily influenced by Hip-Hop music and are called a "versatile group" by MTV Korea. 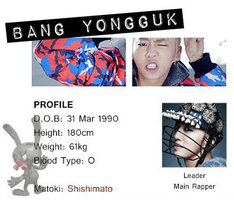