What is your favourite Kvariety? Hands up for Running Man!


What is your favorite Korean Variety Program?


The hallyu wave has been trending for quite a long while now and instead it's getting hotter then ever. More and more people are falling in love with the kpop trend and culture! Of course, needless to say.. people like me! I'm a huge Kpop fan!

I watch heaps of korean dramas until recently, cause these days online websites with english subtitled korean dramas are getting lesser. The websites that i use to watch, have been taken down. Depressing isn't it? I'm still on a look out for awesome websites that loads latest korean dramas like really fast! Before I carry on, i would like to thank those subbers who have worked so hard to bring us kpop fans such awesome videos for people like me/us who have not much knowledge of the korean language.

I do watch a variety of korean programs too! And I have to say, i actually have a couple which i really do love watching! But above all, there's one that i really love the most.. it's no other then RUNNING MAN!!

Running Man has guests coming onto the show in almost every episodes! And it's really an interesting sight to see some actors/actresses/idols who're really different in their real self. There's always a cute side to each and everyone of the cast in every episode! All the missions done, would always keep you at your toes while you cheer on for each of them. Well, once a week I definitely can't ever get enough that i'm actually re-watching the episodes again! It's pretty much hard to explain, how good it is until you take the chance to watch it for yourself. You may love it, but you can't really hate it. 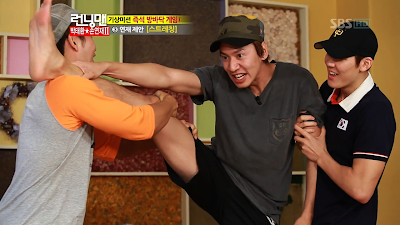 I totally love this program, cause it never fails to make me burst out laughing so much, so hard. How could you not love these people, who made entertainment so enjoyable! An awesome way to relieve a stressful day at work, watching Running Man. 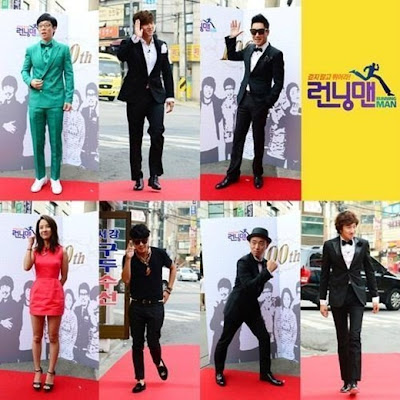 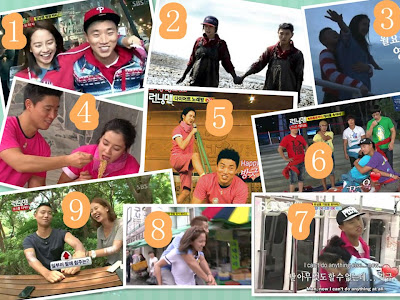 how would you not love this cute monday couple!
Gary & Jihyo

I've completed watching all the episodes even the recent one, episode 134. It's just daebak! Episodes 133 and 134 totally is the jang! I admire the girls, brave & courageous. If it's me, i'll definitely won't be able to do it.

The cast are just as awesome and yes, I do love them! From the awesome MC Yoo Jaesuk to HAHA to monday couple (Jihyo and Gary) and Spartan (Kim Jung Kook) and lastly the up rising asia prince, lee gwang soo!


If you have not watched Running Man Episode 133!
Catch it NOW!
(English Sub, credits to youtube).

A little something interesting on Running Man. 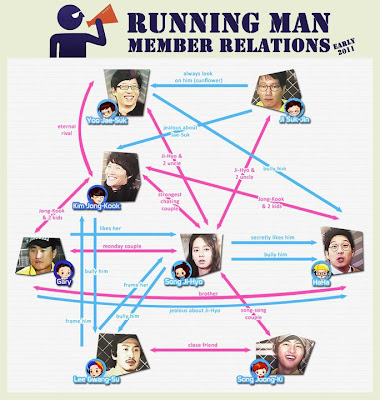 Some of you must be wondering why is Song JoongKi in Running Man. He used to be a Running Man cast but due to his busy schedule and commitment in his acting career, he had to leave. It's a waste, but nevertheless, Running Man is still as awesome! (: