It's the weekends once again! What beats spending an awesome Saturday night catching newly released movies with a bunch of friends and D?

D knew i've been looking forward to catch Hansel & Gretel cause I've been whinning about it ever since i saw the trailer. Thankfully, his friends were watching and booked our share. So and then, i got a chance to catch it. Yay!! =D


Hansel and Gretel: Witch Hunters is a 2013 action-horror fantasy film with black comedy elements written and directed by Tommy Wirkola and filmed in 3D. It is a continuation to the German folk fairy tale "Hansel and Gretel", which was recorded by the Brothers Grimm and published in 1812. The film is starring Jeremy Renner and Gemma Arterton in the titular roles of a brother-and-sister duo of professional witch hunters, with Famke Janssen as the deadly leader of a coven of evil witches that they seek out to destroy. 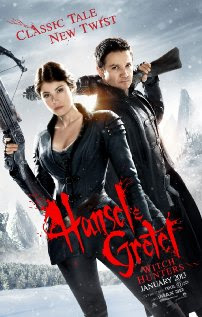 In this spin on the fairy tale, Hansel & Gretel are now bounty hunters who track and kill witches all over the world. As the fabled Blood Moon approaches, the siblings encounter a new form of evil that might hold a secret to their past. 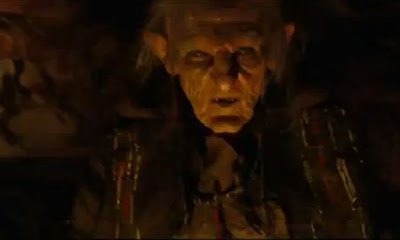 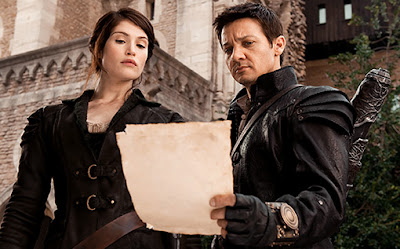 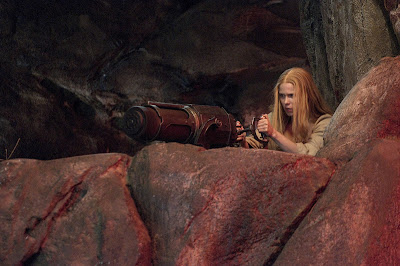 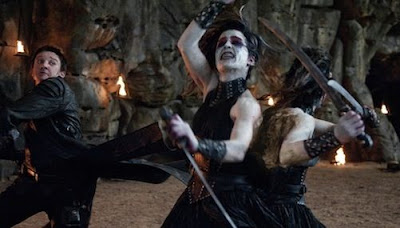 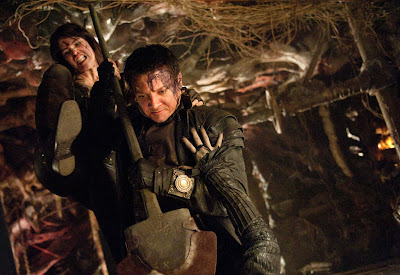 This movie isn't for the faint hearted, neither are they for kids. There's slight nudity, gruesome and some shocking scenes. Well, it's an action-horror movie. It isn't that horrifying to an extend you'll get nightmares though, cause i don't really watch horror movies. I tend to get nightmares at night o.0

This isn't like your fairytale story which we've all read since young. There's a twist to it. REALLY ugly witches that changes into cracked face creatures and snares like snakes (as from the photo images above). They just remind me of serpents. And of course, you've bad witches who practice darkness who becomes ugly and good ones, who help humans.

Besides all the blood, head ripping scenes. I really enjoyed the action *thumbs up* but what it gets a little annoying when the two main cast keeps getting injured while fighting off the witches. As like what D says "they can never seem to fight off those witches easily, after much injuries and strength spent did they finally manage to finish those evil witches off". I have to agree, yet it's because of such scenes that gives tension to the audience, keeping you still in your seat as you watch them getting kicked in their asses before victory!

p/s: i really cant stand those ugly witches. if only they would remain pretty yet still remain that evilness in them would have been better. >.-