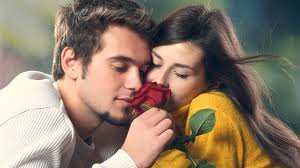 The day you see couples strolling down the streets hand in hand, lips to lips and being lovey dovey all day long. The day when you see MORE couples then ever on the streets.

With the advancement of the internet, computers and mobile phones. It becomes a convent access of communication. We forget the days of handwritten letters and handmade gifts made and sent to people close to our hearts. Remember when was the last time you ever wrote a letter to a close friend, buddy, crush, lover, love ones or parents? Do you still keep them? 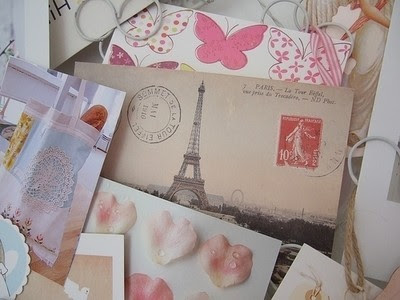 Honestly, I still do some some letters from secondary school in my treasure box! They are really lovely memories, though reading them again you may sometimes forget what in the world you were talking about yet it still gives you that feeling of sweetness. Furthermore, sincerity can't be felt through electronic devices they only give out monotonous emotions. Handwritten letter or even telling a person over the phone has more sincerity and emotions. Won't you agree with me?


Have you ever wondered what Valentine's Day is all about?

Valentine's day is celebrated all over the world, yet sometimes we wonder how Valentine's Day actually came about? Well, I did a little research to find out why.

St. Valentine's Day began as a liturgical celebration of one or more early Christian saints named Valentinus. The most popularmartyrology associated with Saint Valentine was that he was imprisoned for performing weddings for soldiers who were forbidden to marry and for ministering to Christians, who were persecuted under the Roman Empire; during his imprisonment, he is said to have healed the daughter of his jailer Asterius. Legend states that before his execution he wrote "from your Valentine" as a farewell to her. Today, Saint Valentine's Day is an official feast day in the Anglican Communion, as well as in theLutheran Church. The Eastern Orthodox Church also celebrates Saint Valentine's Day, albeit on July 6th and July 30th, the former date in honor of the Roman presbyter Saint Valentine, and the latter date in honor of Hieromartyr Valentine, the Bishop of Interamna (modern Terni).

The day was first associated with romantic love in the circle of Geoffrey Chaucer in the High Middle Ages, when the tradition ofcourtly love flourished. By the 15th century, it had evolved into an occasion in which lovers expressed their love for each other by presenting flowers, offering confectionery, and sending greeting cards (known as "valentines"). Valentine's Day symbols that are used today include the heart-shaped outline, doves, and the figure of the winged Cupid. Since the 19th century, handwritten valentines have given way to mass-produced greeting cards.

Ever wished you had an awesome honeymoon in the world's romantic places, yet financial issues are always an issue? Or going on a sweet holiday with your special one to an amazing place to spend or celebrate your anniversary, love or just to spend time alone together yet have no idea where?

This year's Valentine's Day theme to romantic places and bringing back what was once lost along the centuries. P.Osh gives you that opportunity to "recreate" and customise your own love letter. A letter like no other. Along with an envelope and mounted polaroid of you and your special one, make this Valentine's Day a special and memorable one!

Not good with art & craft?

Cracking your brains to think of what to get for Valentine's?

Looking for something special & unique?

Fred not, cause P.Osh well-trained professional brownie stylist would have it all designed for you base on your preference. If you're undecided, you may also feel free to seek assistance from the friendly and cheerful staffs! All your need to do is just follow 3 simple steps! Fastest fingers first! (: 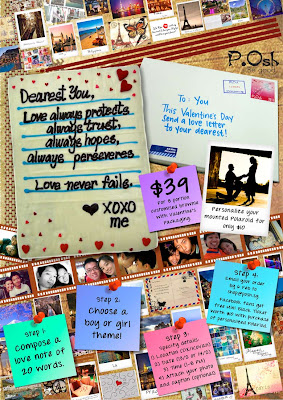 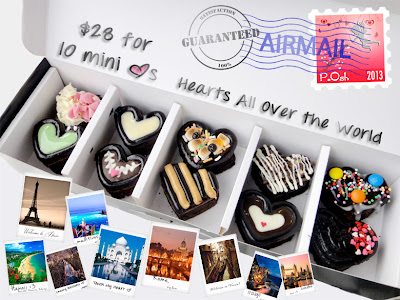 1) Visit P.Osh Facebook Page HERE (for more info regarding the promotion and future updates)
2) Like the page & enjoy special privileges. (Optional)
3) Email to shop@posh.sg to place your Valentine's Day pre-orders.

What are you waiting for?!
Open your emails now and start sending in your orders!!
Let this Valentine's Day be a special memory to keep. 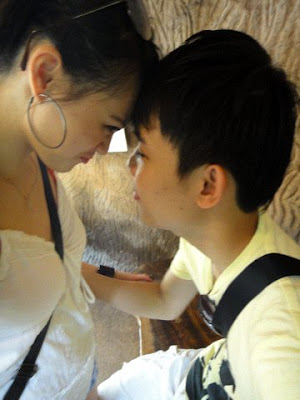 Share the love this Valentine's Day with your special one!
♥