So, it was a day of movie marathon with the family and D to mark the last of my 2012 weekend. I have never really watched movies back-to-back in a cinema before, and that was my first and most likely the last too. Why? Cause it is really tiring. All the sitting for hours, I can't handle it and neither can D. We got restless half way through the movie fidgeting away. Anyway, for those of you who haven't caught the two movies i'm about to talk about.. Here's the time for you to decide if you should catch it in the cinemas or may be just have them downloaded. hurhur. 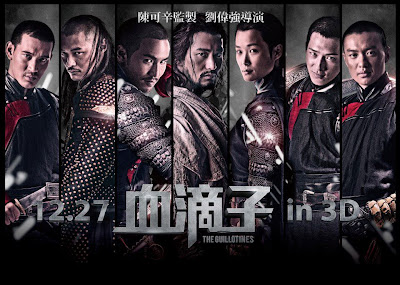 During the Manchu-ruled Qing Dynasty, the Yongzheng Emperor established a secret assassination squad known as the 'Guillotines' to eliminate all who opposed him. Once heavily favoured by the emperor, the Guillotines are deemed expendable once the Qianlong Emperor ascends to the throne and adopts Western ideas and technology. To consolidate his power under a new regime, the Qianlong Emperor continues to use the Guillotines to persecute the conquered Han Chinese in a reign of terror and oppression.

Led by master fighter Leng, the top ranked guillotine squad consists of five young warriors: Musen, Houjia Shisan, Chen Tai, Hutu and Buka. Serving the Qing court unquestioningly, they have never failed in 348 missions to eliminate their targets. However, their success has made them arrogant and complacent.

Their next mission is to eliminate Tianlang (Wolf) and his Shepherd gang. During the operation, the squad manages to trap Wolf. Just as they are about to execute him, the squad commander orders that he be captured alive. He secretly plans to use Wolf as a pawn in his bid for power. Wolf's gang of rebels ambushes the Guillotines in their moment of hesitation. Wolf escapes, taking Mu hostage.

With reports that Wolf has fled to the outer frontiers, the squad tracks him to a remote village outpost. On the other hand, the Qianlong Emperor has sent his most trusted agent Haidu for the same mission and most importantly, to end the era of the Guillotines by replacing cold weapons with firearms. If only they make one false move, they will become the hunted. Facing annihilation, Leng and his Guillotines must outfight and outwit enemies from both sides. 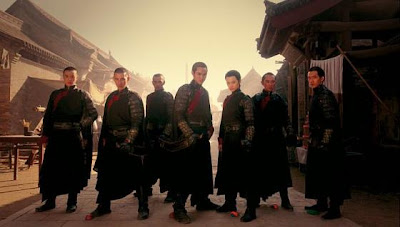 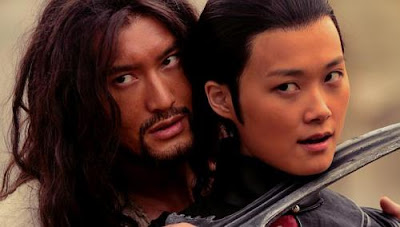 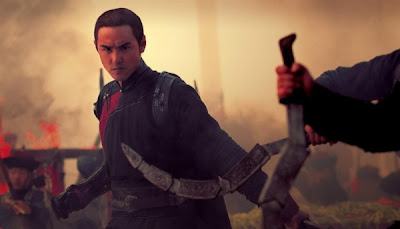 This movie is pretty bloody. Heaps of killing and ripping of heads. Definitely not a ideal show for kids or for the faint hearted.

The don't exactly show how the head was being dislocated out from the neck but still, you will see a head and a headless body. But there are also touching moments, where you'll feel like crying with the characters. (YES, i'm an emotional person so I tend to tear while watching movies/shows/drams especially when it's sad/touching. i'm only human). I teared cause it's sad to see even kids getting killed innocently, the number of people killed for nothing and all what those villagers want is just a peaceful place to live peacefully and happily with their family.

It was a pretty interesting movie though a little boring. But being a history student and having to always love chinese history, this movie is overall not bad. This movie has elements of friendship, betrayal, property, fight for survival and cruelty.

By the way, before I end this movie review with a trailer. The 3D effect wasn't really up to expectation. We came out of the cinema dizzy. Plus it was just the subtitles that were in 3D. Being pretty bad in chinese, i needed subtitles. We were pretty much looking forward to swords or guillotine's weapons flying straight for our necks, head or whatever which didn't. On that part, it was disappointing. haha! Well, we just enjoy movie thrills especially when you paid so much for it you tend to expect something right?

The Guillotines in 3D Official Trailer

In Pittsburgh, Pennsylvania, a man drives a van up floors of a parking garage across the Allegheny River from the PNC Park stadium and, after paying for parking, readies a sniper rifle in the open, away from his vehicle. He takes aim and appears to randomly kill five people around the stadium and on the river’s North Shore Trail before hurriedly fleeing in his van.

The police soon arrive, headed by Detective Emerson, and they discover a shell casing as well as the coin used to pay for parking and a fingerprint taken from the coin points to James Barr, a former army sharpshooter. When they raid his house, they find equipment for making bullets, the rifle in question and Barr himself and they arrest him.

During interrogation, Barr asks Emerson and the District Attorney, Alex Rodin to get Jack Reacher, a drifter and formerArmy Military Police officer, who arrives just as Rodin and Emerson are reviewing his file.

Emerson and Robin deny Reacher’s request to view the evidence, but agree to let him see Barr, who was brutally attacked by fellow inmates while being transported and was now in a coma. While there, he meets Barr’s defense attorney, counsellor Helen Rodin, the DA’s daughter, who is trying to save Barr from the death penalty.

Helen says she can arrange for Reacher to see the evidence if he will become her lead investigator. Reacher retorts that he’s not interested in clearing Barr, but wants to “bury” him, then reveals some classified information: previously, Barr had gone on a killing spree in during his tour in Iraq, but got off on a technicality. Reacher then vowed that if Barr tried anything like this again, he would take him down.

Reacher agrees to investigate but gets Helen to visit the victims’ families and find out more about the people murdered that day. While she is doing this, he goes to the parking building at the exact same time as the shooting and finds inconsistencies with this location, thinking the killings would be easier and cleaner if done from the cover of the van on the nearby Fort Duquesne Bridge and when Helen reports her findings about the victims to him, he makes some theories of his own, suggesting that not all the victims were random.

After a seemingly random bar fight, Reacher realises that someone is attempting to strong-arm him into dropping his investigation, but this only fuels him and, further probing provides a lead – a shooting range in the neighbouring state of Ohio, owned by former USMC Gunnery Sergeant Cash, who will only talk if Reacher proves his sniping skills, which he does.

Reacher gets closer to the unseen enemy pulling the strings, leading him to the real perpetrators, a Russian gang masquerading as legitimate businessmen. The gang's elderly capo spent much of his life in one of the infamous SovietGulags and is known only as the Zec (prisoner). Reacher outwits the mob guards in the Russian gang's hideout, dispatching them before confronting the boss and forcing him to come clean on the conspiracy. 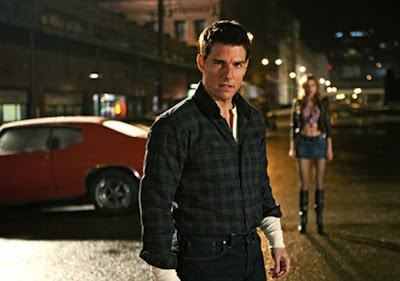 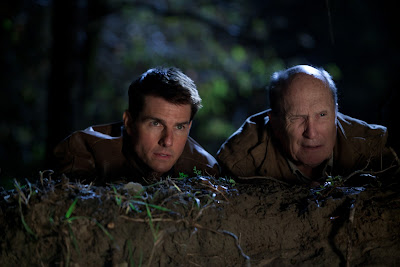 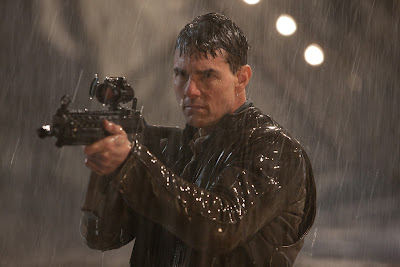 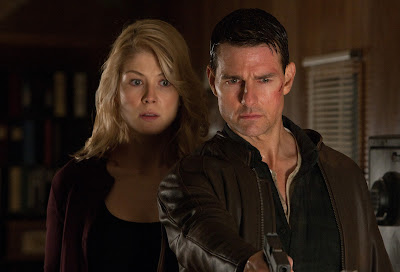 This movie is definitely more to my liking. With Tom Cruise still looking as good and charming as ever with his hot bod. (Alright, I'll not get to there. heehee)

Action movie with awesome detective instinct. This movie keeps you engrossed all the way through. I've always liked watching crime detective movies cause it's interesting to see how these detectives work their brains to crack a case. And it's amazing as Jack Reacher (Tom Cruise) is able to see events and even predict what happens or will happen next. I wish I could do that too, but.. it's a little towards impossible? haha! Anyway, I don't wanna be a spoiler and i think the synopsis has more then enough details. If it keeps you itching to know more.. GO WATCH IT at your nearest cinema before it ends! >.-

There's humour, action and suspense. What else could you ask for? May be a little more romance would be good huh? This movie is a thumbs up compared to the earlier one, D and I preferred this more. It's less bloody, afterall. haha!

If you're contemplating if you should catch this in cinemas, hell yeah! You should! (: