Journey to the West: Conquering the Demons

Thanks to Incinema, I won a pair of tickets to Journey to the West Gala Premiere at GV Vivocity!

I remember having to read comics on Journey to the West when I was a kid and pretty much grew up with it as well. I've always loved stories related to legends, history, magic and such!

Brought D along for the gala premiere and as usual, we were late! Besides that, we were late to collect our tickets and ended up with seats, third row from the font. That is.. DAMN DAMN DAMN NEAR! but ohh well, you can't always have the best in life right?

It was a pleasant movie afterall, which gave me an opportunity to have a nice little date with D too! much much ♥ indeed! 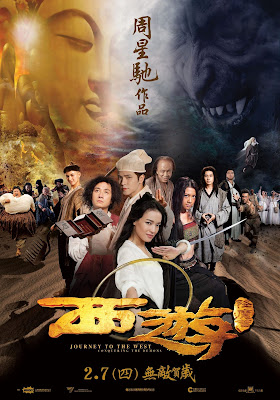 This is a world plagued by demons, who cause its human inhabitants unspeakable suffering. Young demon hunter Xuan Zang, fearlessly guided by his belief in “giving himself for the greater cause”, risks his all and conquers a water demon, a pig demon and the demon of all demons, Sun Wukong. He embraces them as his disciples, and melts them with love. Meanwhile, Xuan Zang discovers the true meaning of Greater Love himself. In order to atone for their own sins and save the common people, the four of them embark on a journey to the West that’s full of challenges.... 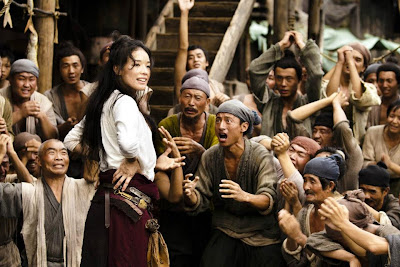 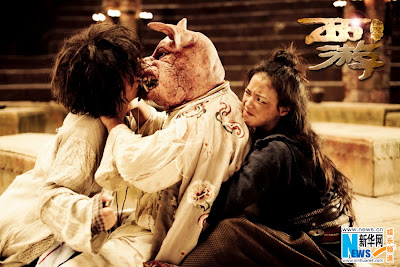 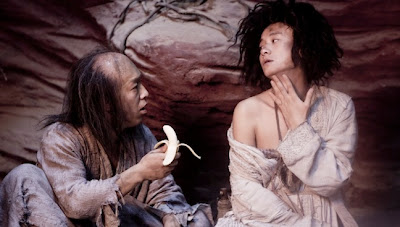 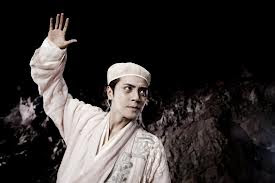 It isn't the Journey to the West Legend I've known since childhood, while watching from television and reading from comics.

D and I pretty much enjoyed the movie. It isn't fantastic, yet it isn't that bad either. We had our laughs and emotional moments as well but mostly lame jokes I would say. Stephen Chow's movies are hilarious yet with a certain extend of lameness to it. Watch it and you'll know why.

Overall, it's an enjoyable movie to enjoy with the family minus some really "scary moments" the demons are REALLY UGLY!! Totally killed my impression of the monkey king, pig and sandy that were not so ugly demons during childhood.

Basically, besides being fascinated with legends and enjoying the humour, I was looking forward to catch Show Luo (Luo Zhi Xiang) in action. As usual, with him around how can the movie be boring? He's like the "LIVE" of the movie! Though just appearing for a brief scene towards the end, it was definitely hilarious having him in the movie!

If you are considering catching this movie, why not? Some laugh after a stress day at work/school would do good too! Plus, SHOW LUO is in it! >.-


Journey to the West Official Trailers