What extend would you go to keep your favourite pet by your side FOREVER?

I've always wanted to own a dog since young, but my mom isn't much of an animal lover. Thus I've been forbidden to own one. ( SAD right? I know.) Well, the reason to that is because my mom was once bitten by a dog during her childhood years, thus she pretty much hates dogs ever since then. It was tramatizing for her, thus I can understand why she doesn't want dogs. But I've told myself I will own a dog someday! (:

I love going over to my aunt's house, because she owns TWO loveable dogs! 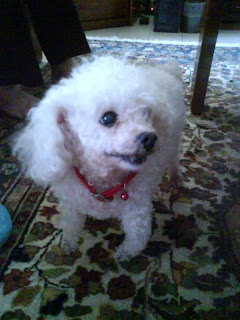 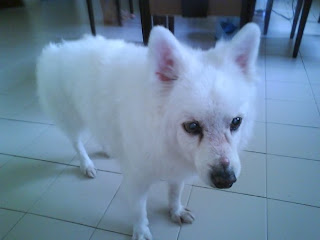 Corey. (He's pretty old in this photo and he's lost his sense of sight). 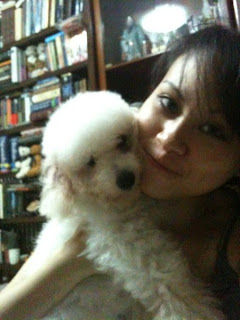 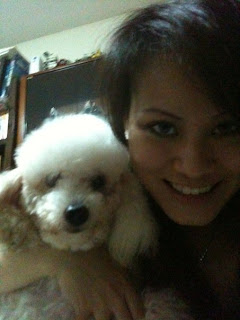 Well, since I don't own a dog but I'll like to talk about an experience I had during my growing up years. A period where my darkest hours were, yet an awesome buddy was there for me. He's no other then Corey! This dog was there during my growing up years. In way, we kind of grew up together. Corey hates taking photos, thus I could never get a proper/nice photo of him or with him.

I was in primary 4, preparing for my streaming exams when my mom was diagnosed with breasts cancer. It was a moment of hell for me when my mom went for surgery. Because the surgery took longer then expected and I had school, I had to stay with my aunt since nobody was around to "look after" me being an only child in the family. I remembered I would cry myself to sleep every night cause I missed my parents and Corey would always be the one standing at the door way looking at me with sad eyes, before dragging my aunt into the room to comfort and soothe me to sleep. I've a really bad habit, I can't sleep in an unfamiliar place and I'm very attached to my parents. I can't sleep too when they aren't around. (Weird kid, aren't I?) It happens, when you're the only child. The closest to you are your parents or pet (if you have one). Sometimes, Corey would come into the room, jump on top of the bed and snuggle with me to sleep. (My older cousin's in australia taking her degree then, so her room's empty for me to stay for a couple of days). The days living in over at my aunt's place until mom was healthy enough to go home was durable thanks to Corey. We fight, bully each other and everything else like how siblings are. Whenever I leave for school, Corey would always be sitting by the window watching (like bidding goodbye), and does the same when I'm back from school. It always brings a smile to my face seeing him at the window waiting and watching.

Such an awesome dog, how would you not love him? Corey passed on last year due to old age. I heard from dad that Corey died upon reaching the vet. I was sad, hearing the news. Memories of Corey started flooding my mind, and I've missed him. As I got older, I have not been spending much time with him due to school activities and work. I went over to my aunt's place, lesser and lesser. I do wish for a miracle to keep Corey alive. If I had the power, I wished I could invent a kind of pill for Corey to keep him young and hyper like how it was years back during childhood. A kind of medication, a kind of power, a kind of miracle that would keep him immortal forever! If Corey could have had an exchange of an immortal body, how awesome would that be? I would be able to see him forever!

After Corey left, so did Angel due to illness. She too, died inside dad's car on the way to the vet. Heartbreaking, isn't it? I love this two dogs the most. One who grew up with me and another, I watched her grew into a beautiful stylish cute poodle.

R.I. P Corey and Angel.
you both will always be loved and kept in memory.

P/S: I had my very one pet too, a hamster! But i'll like to dedicate this post to Corey and Angel. Two most awesome pets I've known since young! (:

After reading a little of my life story, here's a question for you. If you had a chance to keep your favourite dog by your side forever, what would you have done? Well,  Frankenweenie definitely had a chance of a second life. Aren't you the least bit interested how? Read on to find out!! (: 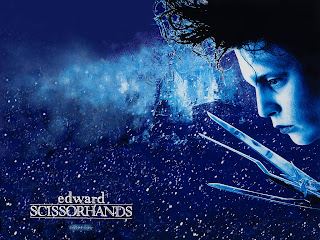 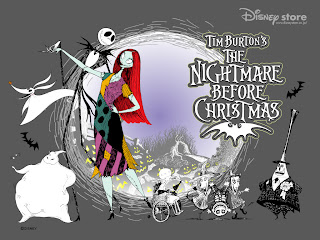 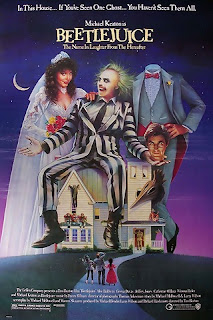 Film director/Producer, Tim Burton is back again with his latest 3D masterpiece..... FRANKENWEENIE!!

Who else but Burton could get away with a movie shot entirely in black and white wherein a boy goes to a cemetery at night to dig up a dead pet and then bring it back to live? Did we also mention it’s a stop-motion labour of love shot over two years? The movie uses 200 puppets and NO computer animation (aside from the special effects). Now, that is a MUST-watch for any stop motion film enthusiasts. 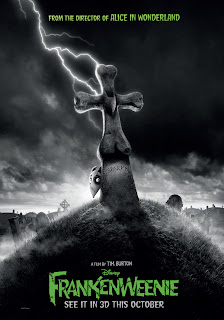 Synopsis
From creative genius Tim Burton ("Alice in Wonderland," The Nightmare Before Christmas") comes "Frankenweenie," a heartwarming tale about a boy and his dog. After unexpectedly losing his beloved dog Sparky, young Victor harnesses the power of science to bring his best friend back to life—with just a few minor adjustments. He tries to hide his home-sewn creation, but when Sparky gets out, Victor's fellow students, teachers and the entire town all learn that getting a new "leash on life" can be monstrous.  A stop-motion animated film, "Frankenweenie" will be filmed in black and white and rendered in 3D. The talented voice cast includes: Catherine O'Hara, Martin Short, Martin Landau, Charlie Tahan, Atticus Shaffer, Robert Capron, Conchata Ferrell and Winona Ryder.  Presented by Disney, "Frankenweenie" is directed by Tim Burton, produced by Tim Burton and Allison Abbate, from a screenplay by John August, based on an original idea by Tim Burton.