The Mortal Instruments; City of Bones 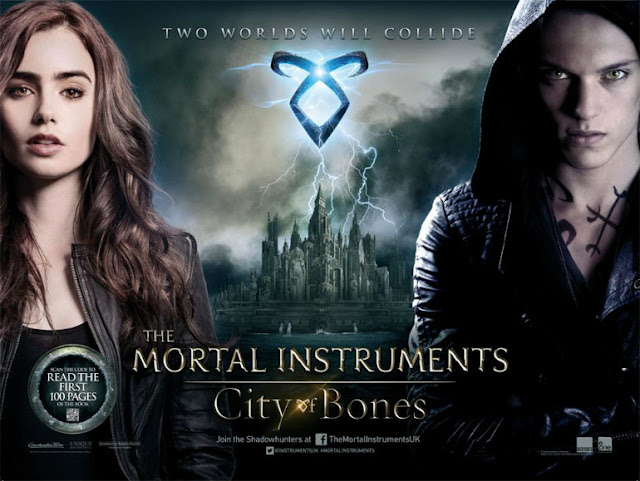 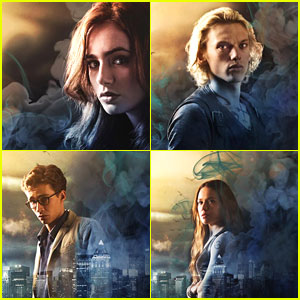 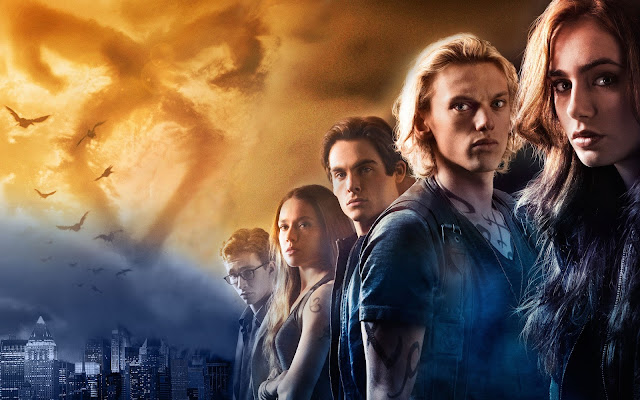 One night at a club, 15-year-old Clarissa "Clary" Fray witnesses an apparent murder by a strange teenager whom no one else can see, Jace Wayland. He tells her the victim was actually a disguised demon. The next day, after Clary sees Jace again, she returns home to find her mother Jocelyn Fray, missing and her apartment trashed and occupied by a monstrous creature (later labeled a Ravener demon). Clary defeats it but is injured.

Jace finds her and takes her to his home, "The Institute," an old Gothic cathedral that normal humans, called "mundanes" or "mundies" by the inhabitants, can't see, because it is concealed by a magic called 'glamour'. After recuperating, Clary meets Jace's tutor, Hodge Starkweather, and his adoptive siblings Isabelle Lightwood and Alec Lightwood. They are Shadowhunters, who hunt demons unbeknownst to and—except for Clary—unseen by the mundane world.

With the help of "Silent Brother" Jeremiah, a monk with magical powers, their investigation into why Clary can see them uncovers a block on her mind, keeping her memories sealed. She travels with Jace and Jeremiah to the City of Bones, where the Silent Brothers attempt to break it. Although the attempt fails, Clary gets flashes of information, particularly the name Magnus Bane. Tracing this name to a party, Clary and the Shadowhunter teens, along with her mundy best friend Simon, discover that Magnus is the High Warlock of Brooklyn, and he placed the block on Clary at the request of her mother, an ex-Shadowhunter. Every two years, Jocelyn had been sending Clary to Magnus to have her memories and Sight (ability to see what mundanes cannot) blocked, hoping to keep her safely in the dark about her true self so she could live a normal life. Magnus refuses to bring Clary's memories back, claiming it would be too difficult and dangerous, and they may return anyway, now that she knows the truth and the spell has begun to fade. During the party, Simon ignores Isabelle's warnings and consumes a drink, which was spiked, turning him into a rat. Simon is then kidnapped by the vampires. 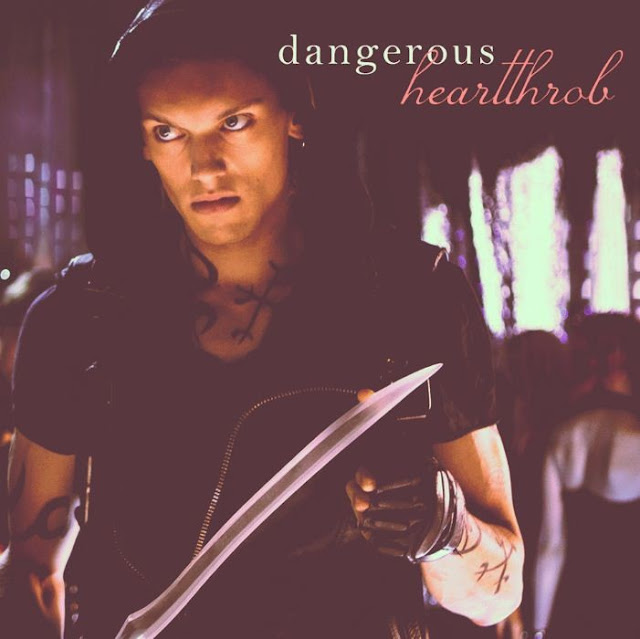 Clary and Jace attempt to rescue Simon from the vampire coven who reside in the abandoned Hotel Dumort. In a fight for their lives, they are saved by werewolves. Clary and Jace escape, rescue Simon, and steal a motorcycle from the vampires. When Simon is returned to his human form, he and Clary share an intimate moment where they hug in relief for each other's safety, to Jace's dismay.

At the Institute, Clary and Alec confront each other in the hallway. Alec demands she return to her own world, fearing she is putting Jace in danger; Clary is more concerned that Alec is in love with Jace. Alec pins Clary against a wall and threatens her to keep his sexual orientation and affections secret, then, stunned at his own violent reaction, departs. That night, the eve of Clary's 16th birthday, she and Jace go for a midnight walk in the Institute's Garden and kiss. After Simon walks in on them, an argument culminates in Simon declaring that he has been in love with Clary for 10 years and only flirted with Isabelle in hopes of making Clary jealous. Later, Clary draws in her sketchbook to calm herself about the night's events, and suddenly realizes where the Mortal Cup is. When the teens go to retrieve it, they are attacked by a Greater Demon and Alec is gravely injured. Eventually, Simon saves them all, and they successfully bring the Mortal Cup to the Institute, where Magnus Bane keeps Alec from dying.

When Clary and Jace give the Mortal Cup to Hodge, he reveals he's working for a man named Valentine Morgenstern, who was thought to be dead. Valentine kidnaps Jace, and Clary goes after the fleeing Hodge but is knocked unconscious. When Clary wakes up, her mother's best friend, Luke Garroway, reveals himself as a werewolf and says that Valentine is her father. Luke and his werewolf pack raid Valentine's lair, but they are ambushed, although Luke and Clary make it inside. While Luke is distracted, Clary finds Jace and Valentine, who tells them that he is Jace's biological father as well, making them siblings; the teens, who are in love, are horrified by this revelation. Luke then returns to fight Valentine, but although Jace helps, Valentine escapes to the Shadowhunter capital, Idris, where he has hidden the Mortal Cup, one of three Mortal Instruments given to the first Shadowhunter by the angel Raziel. If Valentine acquires the 3 Instruments, he will be able to create an army of Shadowhunters.

Clary finds her mother in a coma caused by a potion and takes her to a hospital. Back at the Institute, Alec, healed by Magnus, agrees with Clary to start fresh. Clary encourages Jace to see their mother, and although he has not fully forgiven Jocelyn for leaving him, he agrees and they ride to the city on the stolen motorcycle. 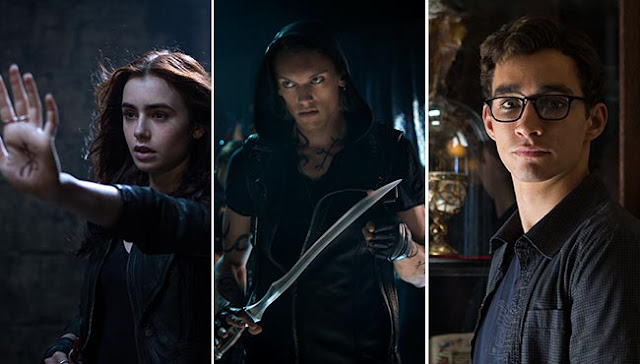 I've been waiting to catch this movie for the longest time ever since i saw the trailer! And finally, i manage to catch it with the family and D!

This movie isn't much of a movie which a guy would enjoy or rather appreciate but girls would. Especially if you're a huge fan of Twilight or ever loved the movie! "The Mortal Instruments" is pretty much similar to Twilight except instead of vampires falling for humans, it's the battle between shadow hunters, demons and werewolves.

I've always enjoyed watching movies or shows on the supernatural and fantasy. And i've got to say, i did enjoyed the movie to a certain extend. I have to admit that there were certain portions that were pretty confusing. The best way of finding out what the actual story is like, is to get the novel. A movie isn't able to portray the whole novel out or else the movie would be running for 5 days straight non-stop! Haha!

To you guys who aren't much of a fan to "Twilight", i would suggest downloading the movie and watching it from home! 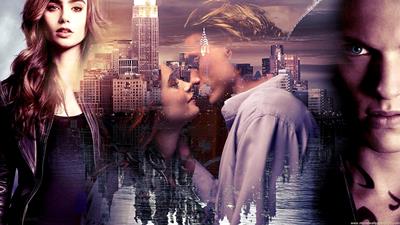